NextOperating at the Nexus of Mission and IT
Perspective 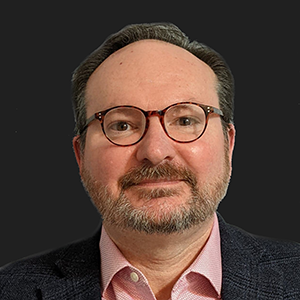 Mark Munsell recently retired from a 20-year career with the government culminating with his last position as the Chief Technology Officer for NGA, where he lead digital transformation efforts and NGA’s technology strategy.

Mark is now a Principal Program Manager at Amazon Web Services where he works on Department of Defense and Intelligence Community programs.

You’ve had a long career in government, culminating in your final position prior to retirement as CTO for NGA. Now you’ve taken on a new role at Amazon Web Services. Why did you decide to dedicate your career to national security and the Intelligence Community?

During the course of my career, I’ve been honored to support diverse intelligence missions on challenging issues ranging from safety of navigation, energy and food security to GEOINT support to cyber and direct combat support. These missions are critical to keeping our country safe. In all of these roles, it has been clear that intelligence depends on our nation’s ability to stay a step ahead of our biggest threats and adversaries. But as CTO, I recognized that a big component of that readiness is modernizing aging infrastructure and adopting the latest technologies, which are available in the cloud. I was honored to help the Department of Defense and the Intelligence Community build things faster while in the government, and now in my role at AWS, we work backward from those missions to help our customers move even faster.

Why did you choose to take your next steps with AWS?

During my time in government, I was passionate about being a builder and enabling others to build for their agencies. That builder mentality brought me to AWS. AWS works backward from the customer to evaluate their experiences, identify flaws in those experiences, and reinvent on their behalf. At AWS, we say that 90% of what we build is driven by what customers tell us matters, and the other 10% is driven by reading between the lines of what we hear from customers. Aspiring innovators should always be thinking about that mission and customer mindset. I’m excited to continue supporting national security missions and accelerating transformations in the IC and federal agencies.

How do cloud technologies help agencies like NGA and the IC combat some of the challenges they face?

There are five key ways that the cloud can help agencies advance their intelligence and national security missions.

The first is agility. AWS gives agencies the ability to quickly spin up resources as they need them, deploying hundreds or even thousands of servers in minutes. This means agencies can quickly develop and roll out new applications, and their teams can experiment and innovate more quickly and frequently.

The second is cost savings. AWS allows agencies to trade capital expense for variable expense and only pay for IT as they consume it. The variable expense is much lower than what customers can do for themselves because of AWS’s economies of scale.

The third is elasticity. Agencies can provision the amount of resources that they actually need, knowing they can instantly scale up or down along with the needs of their missions.

The fourth is that the cloud allows agencies to innovate faster because they can focus their highly valuable IT resources on their missions instead of the undifferentiated heavy lifting of managing infrastructure and data centers.

The fifth is that AWS enables agencies to deploy globally in minutes. AWS has the concept of a Region, a physical location around the world where we cluster data centers. We call each group of logical data centers an Availability Zone. Using AWS, customers can leverage 77 Availability Zones across 24 geographic regions worldwide, with announced plans for 12 more Availability Zones and four more AWS Regions in Switzerland, Indonesia, Japan, and Spain.

Can you say a few words about your involvement with USGIF and share your estimation of the value of membership?

I’ve found a strong and valuable community in USGIF – even during disconnected times, such as the pandemic. For example, over the past year, I’ve enjoyed moderating virtual panels through events like the GeoConnect Series. At a time when we weren’t going into the office or engaging in-person in our local communities, USGIF created virtual ways to keep the geospatial intelligence community connected. I plan to continue participating as much as I can, including by serving in working groups. I’m also committed to donating my time and energy to building up the geospatial technology community in St. Louis, for example, through serving as a Distinguished Fellow at the James McKelvey School of Engineering at Washington University in St. Louis.

Any final thoughts about the big picture state of the IC? Where would you like to see things five or ten years from now and any advice on how to get there?

The IC is really blazing a trail in cloud and technology modernization. It is an important example to other government agencies and industries outside government that it is possible to innovate and move fast while staying secure, even in the most sensitive mission spaces.

I’ve heard leaders in the IC talk about being at an inflection point – that we have big decisions facing us to ensure our national security and technological leadership. I’d say that every day is an inflection point for implementing modern technology in the IC. If we aren’t examining how we should operate in five and ten years out, then we are regressing. We have to continue building on the newest technology and ensure we are hiring and developing a world-class workforce. Maintaining that competitive advantage is both an economic and national security imperative.