NextPreview: The Convergence of Commercial Content with AI/ML to Bring Clarity
Education

USGIF awarded $103,000 in scholarships this year to individuals studying geospatial intelligence (GEOINT) and related topics. The recipients chosen this year by a dedicated scholarship committee demonstrate the multidisciplinary nature of the field of GEOINT. These students come from all walks of life: geography/geospatial technologies and analytics, computer science, meteorology, ecology, geosciences, law and diplomacy, nuclear submarine warfare experts, and speakers of Mandarin and French. But they are guided by a common goal: thirst for knowledge.

Along with the 2020 USGIF awards are three scholarships funded entirely by USGIF Organizational Members:

RGi Scholarship for Geospatial and Engineering: USGIF and Reinventing Geospatial, Inc. (RGi) partnered in 2018 to offer this award, $10,000, to one undergraduate student who has an interest in both the engineering and geospatial disciplines and also demonstrates financial need.

Ken Miller Scholarship for Advanced Remote Sensing Applications: USGIF and Riverside Research partnered in 2016 to create this award, named after Kenneth W. Miller who is known as a founding father of measurement and signatures intelligence, the Ken Miller Scholarship is a $10,000 scholarship awarded to a master’s student working in or planning to enter the defense and/or intelligence workforce.

Stu Shea Endowed Scholarship: Announced during the 2017 GEOINT Symposium, honoring Stu Shea, one of the founders of USGIF and the first chief executive and chairman of the organization. The scholarship awards $15,000 annually to a Ph.D. student studying cartography, geography, or imaging science.

The United States Geospatial Intelligence Foundation (USGIF) recognized Wendy L. Zeller Zigaitis, a Pennsylvania State University (PSU) Ph.D. student, as the 2020 recipient of the Foundation’s Stu Shea Endowed Scholarship. In 2019, Zigaitis began her Ph.D. program at PSU. The ultimate goal of her doctoral dissertation research is to develop science that has the potential to help save wildlife from extinction. While at PSU, Zigaitis interned at the United States Department of Agriculture (USDA) Natural Resources Conservation Service (NRCS) as a cartographic aid. Zigaitis then went on to complete 20 years as a senior analyst at the Department of Defense. She had a variety of experiences, which included eight overseas deployments to four countries.

RGi Scholarship for Geospatial and Engineering 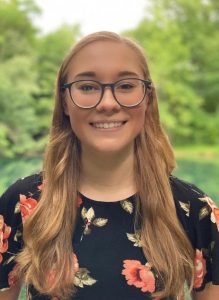 Beth Wiberg is in her final semester at the Ohio State University where she will graduate with a Bachelor of Science in GIS. During the past semester she has been working as an Undergraduate GIS Research assistant on a team within the College of Social Work. Wiberg previously spent two summers as a GIS intern with AECOM, and she is currently interning with Blue Raster, a web technology and mapping solutions company in Arlington, VA. She hopes to combine her Ohio State education and work experience to use GIS to support military and intelligence operations for the United States, and also to contribute to humanitarian causes around the world similar to her work at Blue Raster and Ohio State’s College of Social Work. 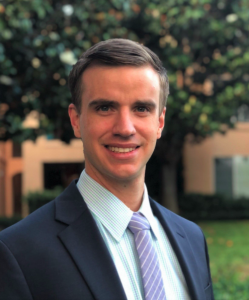 Tyler Susa is an active duty Nuclear Submarine Warfare Officer in the United States Navy and is concurrently pursuing a graduate degree in Geographic Information Systems from Johns Hopkins University. Susa’s academic geospatial background includes research with the Oregon State University Coastal Imaging Lab, where he studied coastal hazards in the Pacific Northwest through the acquisition and analysis of topographic and bathymetric datasets. His current academic and professional focus includes remote sensing and analysis of geospatial information within the maritime domain. Susa is particularly interested in the application of GEOINT as it relates to submarine operations and undersea warfare.

Clare Gaffey holds a bachelor’s degree in environmental science with a concentration in biology and a master’s degree in geography with a focus on geographical information systems from the University at Albany, SUNY. Her master’s thesis utilized data collected from in situ, UAV and satellite sources to monitor phenology of white spruce. Gaffey’s current doctoral work focuses on detecting changes in the dynamics of algal growth over a latitudinal gradient in the Pacific Arctic, and on the use of UAVs for cryosphere research.

Chelsea L. Cervantes de Blois is a PhD candidate in Geography, Environment & Society and a Population Trainee alumna from the University of Minnesota. She has a MA from the University of Wisconsin-Madison’s department of Languages & Cultures of Asia, focusing on Transcaucasia and Eurasia, and a BS of International Agriculture & Natural Resources from UW-Madison’s Soil Sciences and Agriculture & Applied Economics departments. Chelsea Lissette’s PhD research focuses on the human-environmental dimensions of environmental and technological hazards in Eurasia. She creates geospatial models for decision-making processes coupled with social vulnerability and cultural and environmental factors with remote sensed imagery and toxic site data. 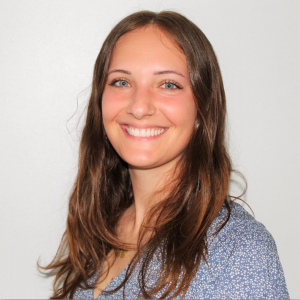 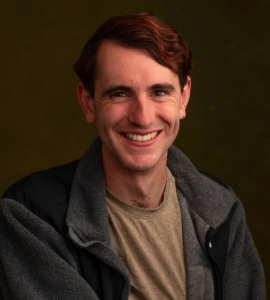 Ian McGregor received his BSc from University of California Berkeley and a subsequent MSc from University of Oxford. After graduating, McGregor worked as a forest ecologist with the Smithsonian and is now continuing his studies at North Carolina State University. Specifically, he is pursuing his Ph.D. in Geospatial Analytics, with primary research focusing on improving modeling of near real-time deforestation in concert with local forest managers. McGregor’s interests center on understanding how ensemble satellite methods can be used to address high-priority forest conservation issues. 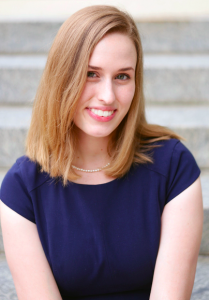 Evelyn Burch Jones graduated in 2019 from Angelo State University with a bachelor’s degree in political science and minors in French, geosciences, and geography. She is currently pursuing her master’s degree in geospatial intelligence at Johns Hopkins University. Burch Jones interned during her undergraduate years on Capitol Hill and also served as a fellow at the Center for the Study of the Presidency and Congress. Additionally, Burch Jones has interned as an imagery analyst for the Department of Defense since 2017. Her research interests include using geospatial applications to monitor human rights and analyze international territorial disputes. 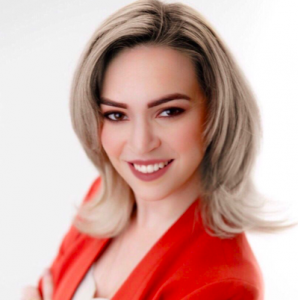 Samantha Hubner is an incoming Masters candidate at the Fletcher School of Law and Diplomacy, as part of the Map Your Future pathway. She plans to concentrate in International Security Studies and Geospatial Intelligence, with additional language specializations in both Mandarin and French. She was introduced to the power of GIS while working as a Senior Operations Specialist at tech startup Premise Data. She plans to continue her education by integrating her passions in deciphering longitudinal disinformation patterns while honing and applying technical skills in GIS to create visualizations of how that disinformation is spread. 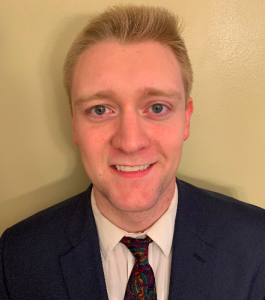 After obtaining a B.S. degree from Brigham Young University with an emphasis in geospatial technologies, Grayson R. Morgan moved his family to South Carolina in pursuit of a master’s degree with the same emphasis. Since beginning the degree, he has worked to better understand the use of sUAS technologies to detect change in coastal South Carolina. His other research areas include modeling biomass and understanding temporal trends of coastal marsh vegetation using remote sensing techniques. Morgan also analyzes and processes geospatial data as a GIS intern with the Electric Cooperatives of South Carolina. 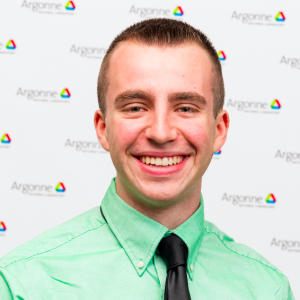 Sam Carani received his B.S. in Meteorology with a Geography Minor from Northern Illinois University in 2019 and is currently a second-year M.S. Geography student at Virginia Tech. His thesis is focusing on the automated detection of tornado damage via UAS imagery and SfM 3D derivatives. His research and career interests lie in GEOINT, geoinformatics, remote sensing, spatial modeling, and national/homeland security. Carani is currently pursuing a public service career with the DoD in a GEOINT capacity. 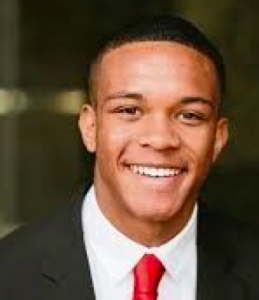 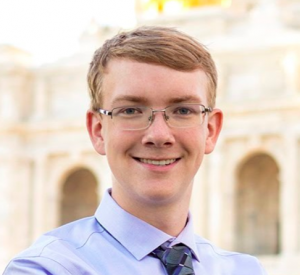 Addison Scufsa is a Junior majoring in Geography and Supply Chain Management. He is also a member of the Army ROTC program at the University of Minnesota. He has participated in several GIS and GEOINT related courses and internships, including with the US Army Corps of Engineers and the TIOPC school in Vermont. Addison is particularly interested in the applications of GEOINT on Information Operations within the Army as well as impacts of GIS on business development. 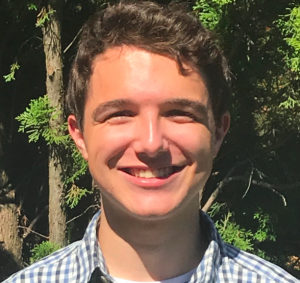 From a young age,had a passion for knowing the world. That passion led him to attend the University of Mary Washington in Fredericksburg, Virginia, as a geography major. Chrvala received a USGIF Scholarship both as a graduating high school senior in 2018 and again this year as an undergraduate. Along with his B.A. in geography, Chrvala is completing a  certificate in Geographic Information Science (GIS). Throughout the course of his studies, he has gained expertise in GEOINT-related topics, including remote sensing, web GIS and cartography. 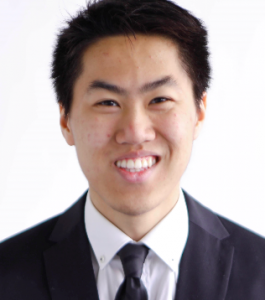 Paul Lin is a student at University of Pennsylvania studying Earth Science and Computer Science with a minor in Chinese. He is interested in the effects of climate change on national security. In particular, he hopes to utilize geospatial technologies to research and analyze the implications of changes in vegetation and land cover within the Asia-Pacific region. Previously, he has interned at NASA’s Goddard Space Flight Center, where he developed a strong interest in working with satellite datasets. 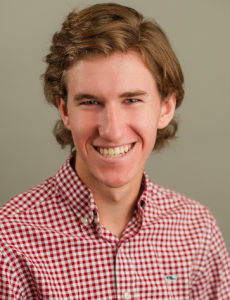 Landry Wells attended the Central Magnet School from  6th through 12th grade and graduated as a valedictorian. During his time there, Wells enjoyed the first high school GIS class in Tennessee. He learned about the geospatial filed in that course. And later at True North Geographic Technologies. At True North, he helped build the first 3D Lidar-based model of his high school. This was part of his senior thesis, which explored GIS as a method of helping school safety. Currently, a groundbreaking database including models for all county schools is being created. 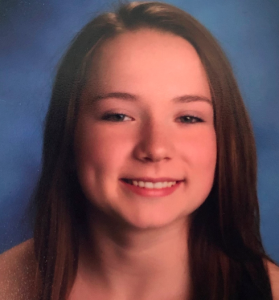 Maureen Theresa Howard currently plans to pursue a double major in Marine Biology and Environmental Science along with minor’s in Geospatial Technologies and Oceanography at the University of North Carolina Wilmington. Howard plans to utilize geospatial analysis and related technology to study real world marine biology related/ ecological issues, one example being ocean pollution. She is planning to help tackle this problem by creating geographical layouts that would analyze various factors contributing to ocean pollution in order to determine where the greatest sources/ hotspots are, monitor how and where waste is entering these spots and eventually eliminate it. 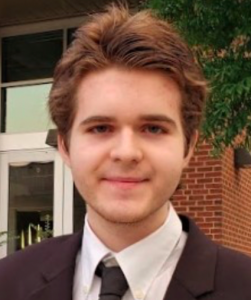 Aidan Smith is a rising freshman at GWU and a graduate of BASIS DC. His father has worked in geospatial technology for over two decades. His father has sparked his interest in practical GIS applications to a wide variety of challenges. He hoped to also work with geospatial analysis as well as applying machine learning and other techniques that he has studied, as he believed that this will become increasingly important in the future with the volumes and velocities of data that satellites, and sensors bring.  He also believed that geospatial analysis is a key technology that can help humanity and make the world a better place, whether through using the tools and techniques for analyzing geopolitical events, environmental applications, humanitarian, or planning for the future. 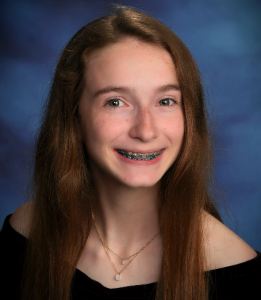 Elisa Luckabaugh first discovered a passion for geography and geospatial technology through a dual enrollment course offered at her high school through James Madison University. She has represented Fairfax High School at the Fairfax County Government GIS Day and the Esri Federal GIS User Conference in Washington, DC. Luckabaugh is particularly interested in using geospatial sciences for disaster relief and focused on an eruption of the Stromboli volcano for her midterm project. She will be attending the University of Mary Washington this fall to major in Geography and obtain a certificate in Geographic Information Science.